Nizhny Novgorod is an administrative center of Volga Federal District and Nizhny Novgorod region in Russia. It is located about 400 km east of Moscow, where the Oka falls into the Volga. From 1932 to 1990, it was known as Gorky after the writer Maxim Gorky, who was born there.
The city was founded in 1221 by Prince Yuri II of Vladimir. In 1817, Nizhny Novgorod became a great trade center of the Russian Empire. In 1896, the All-Russia Exhibition was opened there. During the Soviet period, the city turned into an important industrial center. In particular, the Gorky Automobile Plant was constructed in that period, and the city was nicknamed "Russian Detroit". During World War II, Gorky became the biggest provider of military equipment to the front. Due to this, the Luftwaffe constantly bombed the city from the air. The majority of the German bombs fell in the area of the Gorky Automobile Plant. Although almost all the production sites of the plant were completely destroyed, the citizens of Gorky reconstructed the plant in 100 days.
After the war, Gorky became a "closed city" and remained that until the break-up of the Soviet Union in 1990, when the city was again renamed Nizhny Novgorod. Today Nizhny Novgorod is an important economic, transportation, scientific, educational and cultural center in Russia and the vast Volga-Vyatka economic region, and is the main center of Russian river tourism. There are many universities, theaters, museums and churches in the historic part of the city. The Nizhny Novgorod administration and Volga Federal District government work in the Kremlin, which is located in the heart of the city. 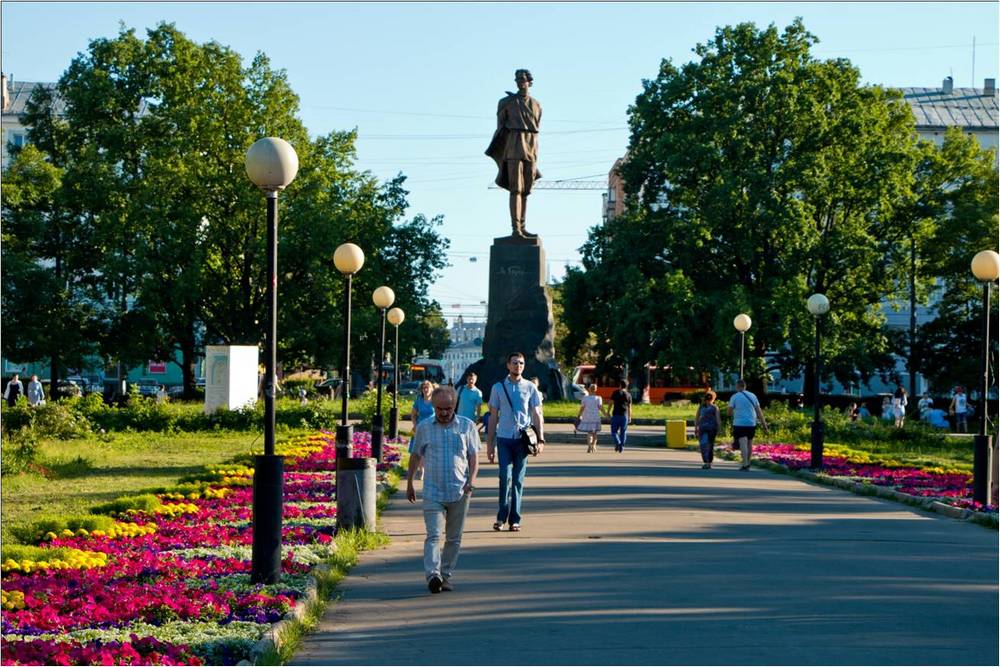 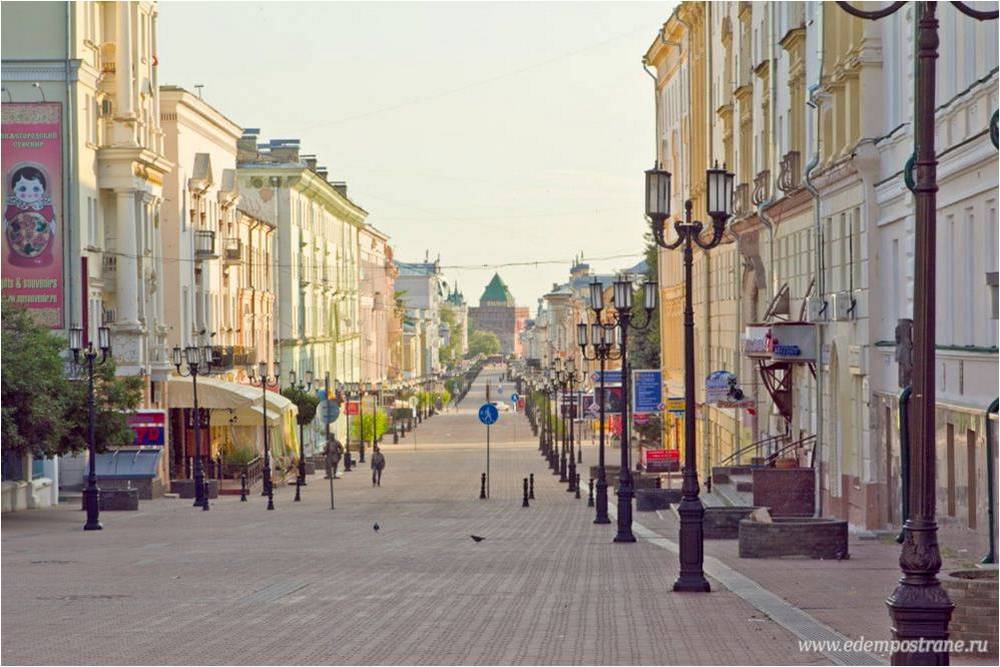 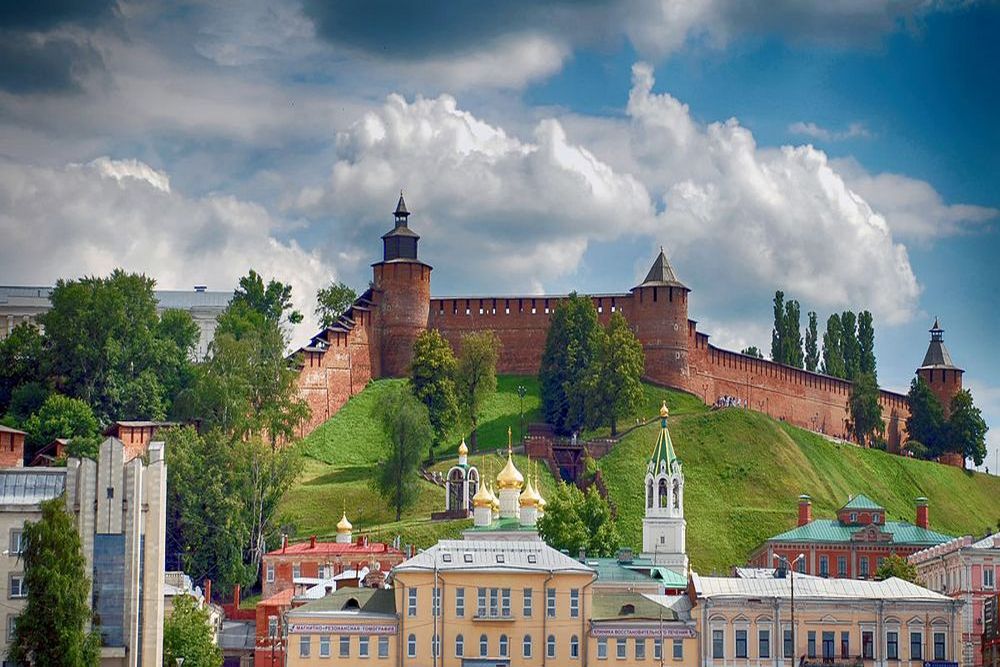 The Kremlin of Nizhny Novgorod 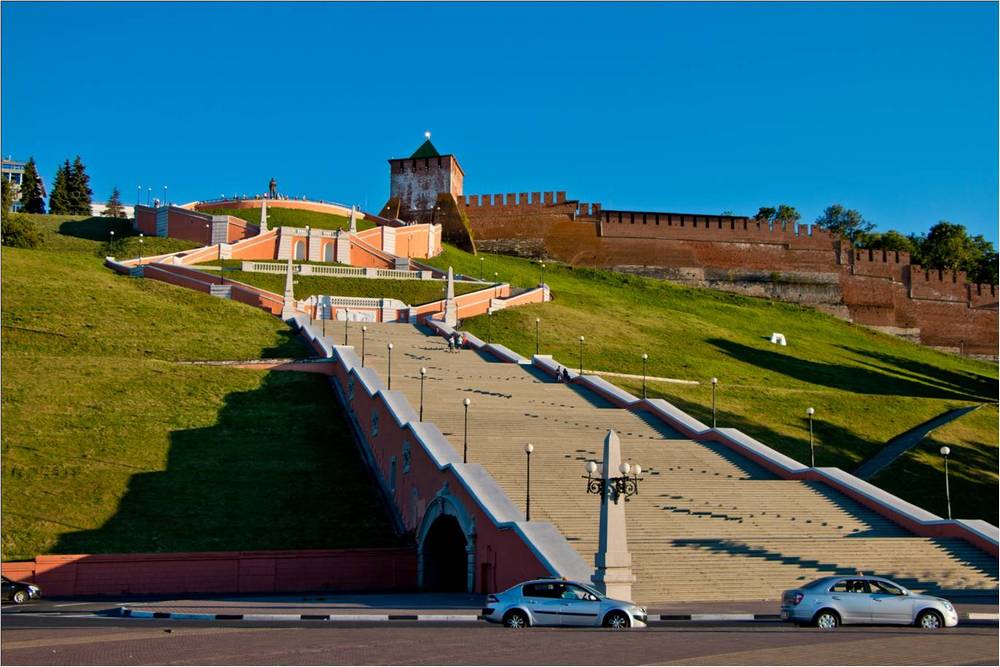 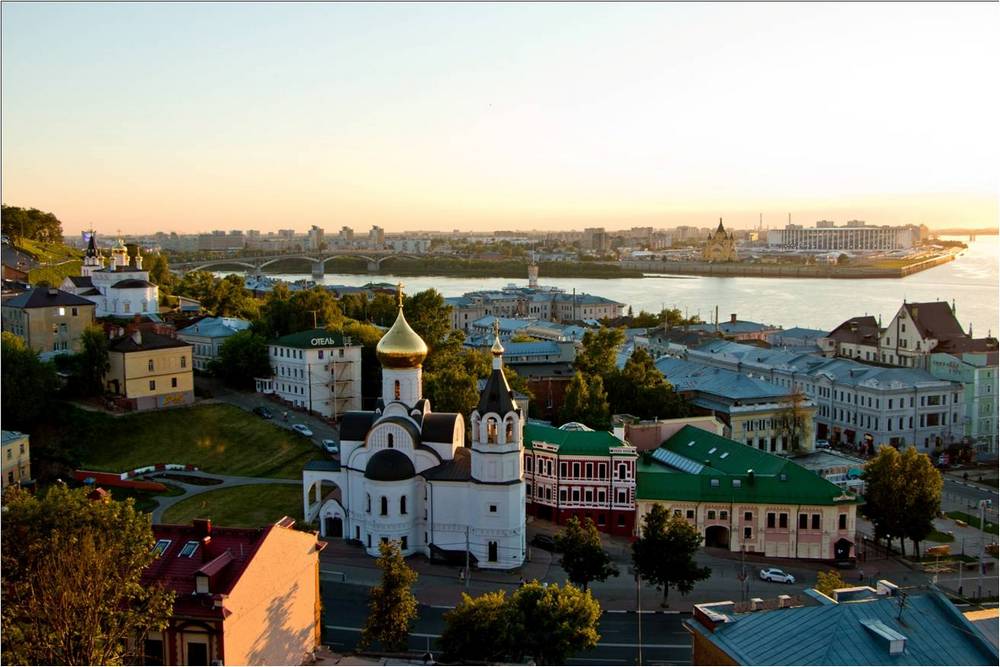 The Confluence of Oka and Volga Rivers 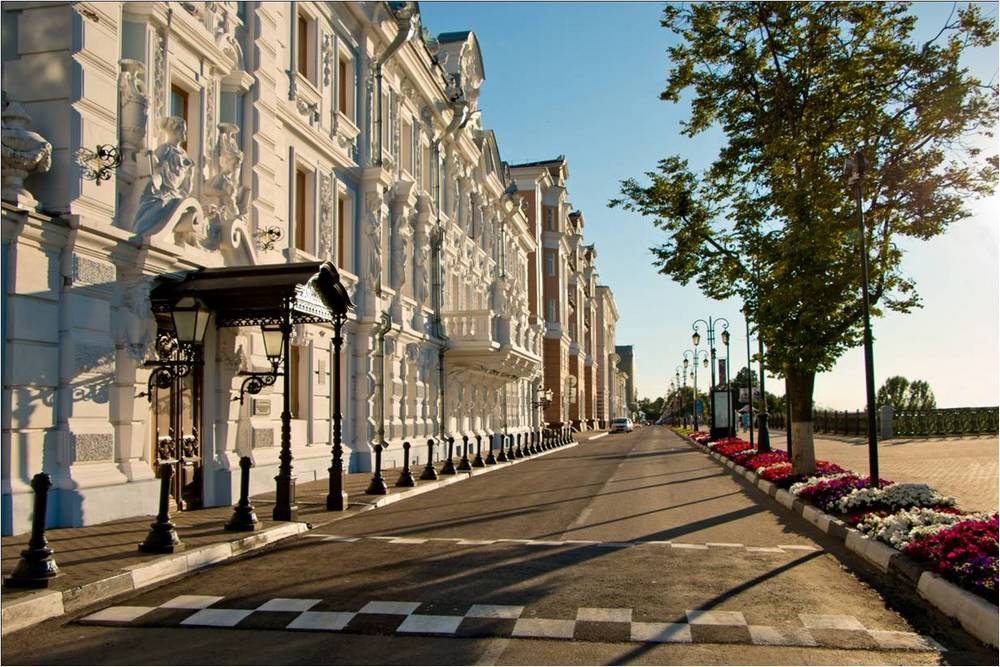 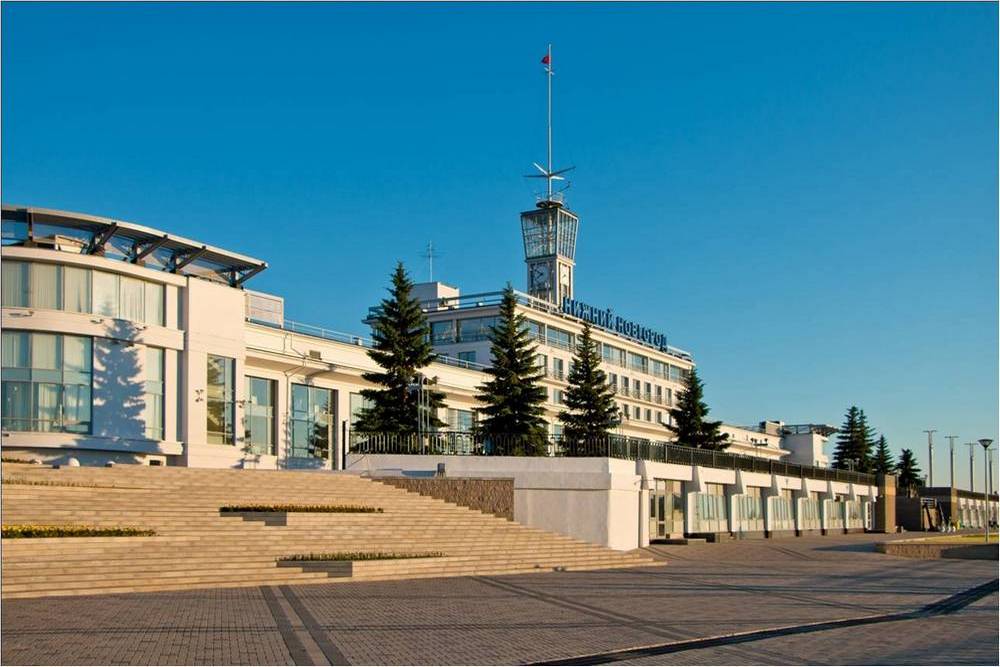 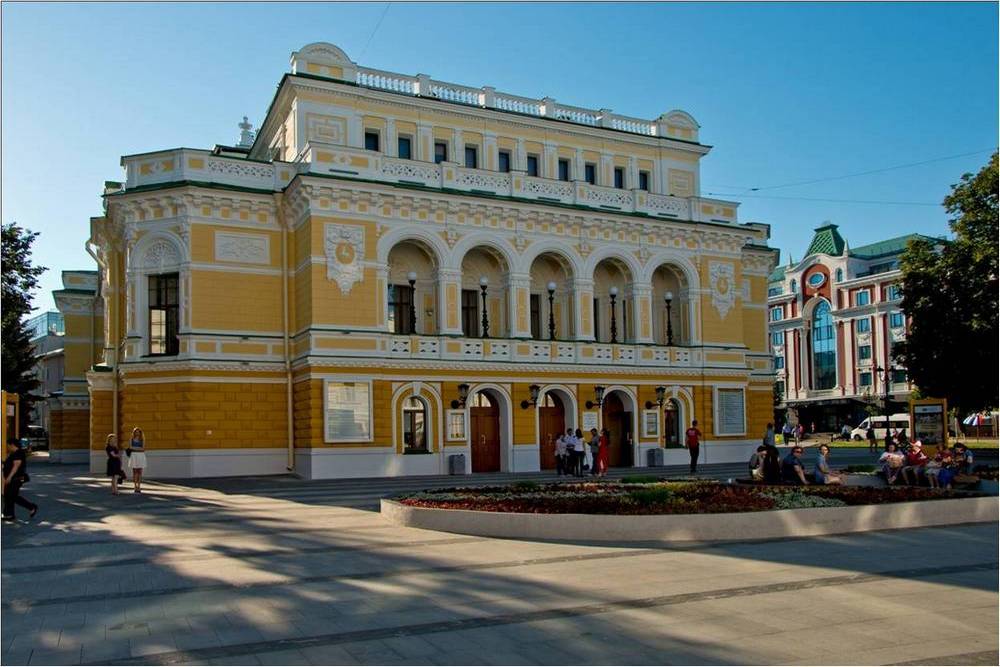