Founder of the "Environmental Physics" School 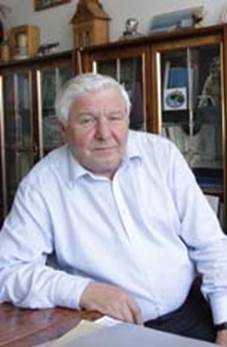 Anatoly Grigorievich Kolesnik is a leading researcher in Tomsk, the founder of one of the most promising areas of space physics, and a talented organizer.
After graduating from the TSU Faculty of Radiophysics in 1970, he took up the development of mathematical models of the upper ionosphere with great enthusiasm and achieved impressive results. In 1983 he already became a doctor of physical and mathematical sciences and one of the most authoritative specialists in the field of ionospheric physics.
Having headed the SPTI during the difficult period of the 90s, he was able to preserve not only the institute as a whole, but also most of its scientific divisions. Only thanks to his exceptional insight and perseverance at the RFF in 1997, a new department of "Space Physics and Ecology" was formed, focused on training specialists to solve the most pressing problems of our time. Today it is an already formed group of like-minded people who are successfully engaged in educational activities and scientific research. It is gratifying that the main backbone of the department is made up of young researchers, on whom Anatoly Grigorievich had high hopes. In 2006 he founded the Center for collective use and Scientific and educational center "Physics of the Ionosphere and Electromagnetic Ecology", modernized the Tomsk ionospheric station, which is part of the Scientific and educational center, included in the List of unique installations of national importance. The scientific school "Physics of the Ionosphere and Electromagnetic Ecology", supported in 2008 by a grant from the President of Russia, under his leadership, carried out a number of projects, the results of which were implemented and served as the basis for new promising research.
He was often approached by eminent scientists and specialists working in other fields to discuss the topics of new joint work. How difficult it can be to piece together disparate opinions and judgments! What patience, tact, and conviction must be shown in the discussion! All these qualities were possessed by A.G. Kolesnik.
A young, novice researcher could freely come to him, feeling a certain uncertainty and, perhaps, not even finding the proper understanding from his colleagues at work. Anatoly Grigorievich always found words of approval and support, and his brilliant physical intuition allowed him to quickly enter the course of the matter and, if not offer a specific way to solve the problem, then at least inspire and guide the young specialist. His name will be preserved in the name of the International young scientist’s school "Environmental Physics", in the organization and management of which he put his whole soul.